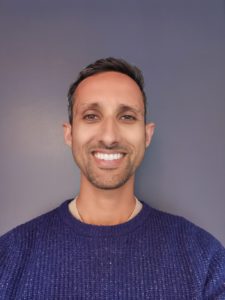 Prior to joining the AKA team, Dom has had a varied work background and was into every sport growing up. He has been involved in Sports Coaching, Personal Training and Strength and Conditioning, as well as being in various administrative roles in finance and insurance. He’s been a Sports Development Officer, Club Administrator at David Lloyd, Data Analyst and Management Support at Experian and also a PA for a few small business owners.

We asked him a few questions to get to know him a little better:

If you could only listen to one music artist for your whole life, who would it be?

Wow, that’s tough. I love listening to lots of different music, mostly involving guitars, but if I had to pick one it would be Blink-182 because it reminds me of High School and University.

If you could meet any historical figure, who would you choose and why?

I think would have to be Ghandi. I’d love to get a sense of what he was like. The fact that he managed to gain independence for his country using nothing but a gentle approach and communication skills (English not even being his 1st language) is just amazing.

When you were a child, what did you want to be when you grew up?

I was too busy playing sport to know what I wanted to be when I grew up! I think the first thing I remember ever wanting to be was a left winger for a professional football team. Other things I remember wanting to be were a computer programmer (I’ve no idea why) and a rapper!